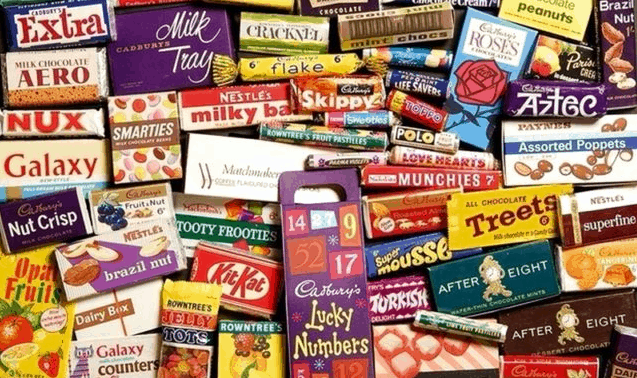 As a child, I remember sweet treats in party bags, always having lots of lollipops and loose penny sweets at the bottom of my plastic loot party bags. The journey home from any party would involve trying to eat as many of the jellies as possible and the sick overindulged feeling each time.

My first experience of organising a children’s birthday party was for my son’s 3rd birthday, nearly 15 years ago! 15 children were confirmed as attending so 15 party bags were needed.

In between working 12 hour shifts as a police officer, and the playgroup drop off and pick up time, I recall spending hours in the supermarkets, Toys R Us and Home Bargains to name a few shops where I thought I could pick up everything I needed for these marvellous party bags I was going to hand out on the party day. What soon followed was a few bulk buy cheap plastic toys and several packets of sweets to be divided amongst the bags. The bags were handed out and each child left the hall happily clutching and peeping into the depths of their bags.

Then my son started coming home with party bags too. I think I was just as excited to see what treats he had been given, but I will never forget the disappointment on his little face when he emptied the bag on the back seat of the car. A rubber stretchy animal that became armless and legless within seconds, a party blower and a handful of sweets. He didn’t like sweets.

During my pregnancy, I craved 80’s style sweets such as Parma Violets, Wham Bars, Refreshers and Drumstick Lollies. Subsequently, my daughter loves anything sweet too, so when she was given a party bag full of sweet fillers, it was happy happy all the way home. If they both attended a party together, double bonus for Erin as she would be given all of Lewis’s sweets too. The delight of sugary heaven soon turned into tummy ache and tears. Tummy ache because she had eaten so many sweets at the party and then couldn’t wait to tear the wrappers off the sweets whilst in the car, or tears because I told her no more. If I didn’t sneakily eat the sweets on the way home, I would put them in the kitchen cupboard and pick at them the following day. And that wasn’t good for me either!

This became the trend over the next 7 or 8 years. Lewis still doesn’t eat sweets to this day and Erin’s sweet tooth remains.

Times move on and when I began my research for party bag fillers, I was more than surprised at my findings. Initially, upon being shown many filled party bags, the bags containing sweets were immediately sought after, but after the sweets had been eaten, the ‘test’ children were a little deflated at what was left in the bag. They were not used to having a bag of great gifts without the sweets, but soon showed me this is what they would choose – a few quality toys/items that they could enjoy playing with rather than sweets that would be devoured in seconds.

So what other factors influenced my decision NOT to put sweets into my party bags for children?

My party bags are designed to bring joy and happiness to these young guests, and not disappointment when they are not able to eat the cheap sweet fillers that make up the contents of the bag. A piece of birthday cake or cookie is usually added to the bag anyway, so are additional sweets needed?

There are many other suppliers and companies that can offer sweet treats in children’s party bags or cones as an alternative, but I just wanted to offer an alternative to this.

It’s a personal preference to what a customer may require and buy, but Party Bag Online will not include any edible foodstuffs of any description to their children’s range of filled party bags.