What is Halloween and how did it start?

Halloween – also known as All Hallows Eve – is an annual celebration which takes place on the 31st October.

The history of this spooky night that is loved or hated by so many, dates back some 2,000 years ago when the Celts celebrated their new year on the 1stNovember. This day marked the end of harvest and summer and the beginning of the cold, dark winter often associated with human death.

The transition from the living world into the dead was a little blurred and the festival of Samhain (pronounced sow-in) would be celebrated. It was believed that ghosts of the dead returned to earth on this evening. The lighting of bonfires and dressing in scary costumes to ward off these ghosts and spirits were common practice and this over time has evolved into activities such as carving pumpkins as lanterns, dressing in ghoulish costumes to scare people, and any excuse to party!

The tradition of carving a scary face into a pumpkin originated in the UK, but with a turnip! When the Celts or Irish immigrants took these ideas to the USA, pumpkins were used instead because they were so much cheaper, and probably so much bigger too! Following on from some of our European traditions, the trick-or-treating began in America, knocking at front doors and asking for food or money. Apparently young women believed that if they would be able to foresee the name or appearance of their future husband by playing tricks with apple parings, mirrors or yarn.

The late 1800’s saw Halloween turn into more of a community and a neighbourly get-together occasion for parties that were focused on games, foods of the season and traditional costumes rather than pranks, witchcraft and ghosts.

Trick-or-treating faded a little, where town-wide communities would hold parades and large parties for all to celebrate. However by the 1920’s, vandalism began to plague some celebrations in many communities.

The 1950’s baby boom contributed to the evolvement of Halloween becoming more directed to the younger children. Home parties were increasingly popular now and trick-or-treating was revived. It was seen as an inexpensive way for a whole community to share in the Halloween celebration. To avoid the pranks or tricks being played on them, families would provide a small treat to each child – now usually a Halloween themed sweet or chocolate bar.

Who Said Goody Bags Are Just For Goody Two Shoes?

Whether you are out Trick or Treating this year, holding a Halloween Party or a Halloween themed birthday party, Party Bag Online have something for every occasion: Click on the images below for more details 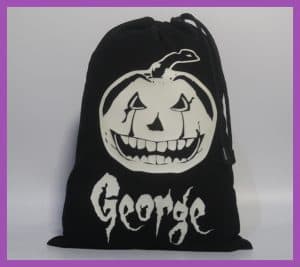 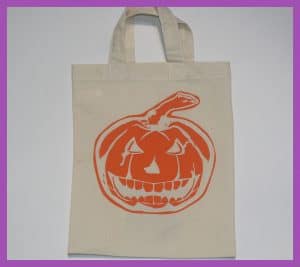